I recently had the opportunity to visit Israel! It was an incredible experience. It was particularly special because my parents also came along as part of their 50th wedding anniversary celebration 🙂 We toured the Holy Land and learned a lot about history, wars, conflicts, and why there’s so much turmoil in the Middle East. The photo above is a sunrise over the Dead Sea. Swimming in it felt like swimming in oily water, almost had like a sticky film to it because of the salt. But it was pretty cool, of course I had to taste it a little bit to see just how salty it was. And yes it was super salty! We stayed in a hotel with this as our view. An amazing experience! Ceaseara was a port city built to honor Caesar by King Herod. Of course, he was crafty politician so he needed to kiss up if he wanted to stay in good terms with Rome. I believe this is also the Roman governmental seat of Israel since the Roman leadership didn’t stay in Jerusalem, instead they stayed in Caesarea which was far north, on the coast. More ruins from Ceasarea. The photo below is the valley of Armageddon. Interestingly, it was taken from Mount Carmel. No one really knows exactly which was the mount Carmel since the region has a series of hills but it is adjacent to Armageddon. This valley or plain is expansive and many wars were fought here in ancient times. I think it was chosen for battle just for that reason, because there is enough room for large armies to come fight. Another interesting note is across the valley on the other side, is Nazareth. The photo below is a carpenter in Nazareth, dressed in the styles of 2000 years ago. These are ruins from Capernaum. It’s a village on the Lake of Galilee. An amazing place. You can see here the Jewish or David’s star with six sides and also a star with 5 sides. This photo was taken from Masada, the last Jewish stronghold before they were defeated by the Romans. It was a citadel on this plateau. The zealots came here for refuge and after holding out for some time, they were surrounded by Roman legions. You can see the remains of one of the Roman camps on the right side, it’s rectangular in shape. Knowing they would all be killed, the zealots, who had brought their families, assigned each other who would kill them and their family by drawing lots. Eventually they killed themselves except for a handful of women and children who somehow managed to hide. When the Romans had built an enormous ramp leading from the bottom to the top of the plateau they discovered that everyone was dead, except for those lone survivors. Camel not having it. I rode that guy like nobody’s business 🙂 This tour was amazing. I met some great people and we had a real incredible time. Here we are dining in Abraham’s tent with a little presentation from father Abraham himself. So much fun 🙂 To get to Abraham’s tent we dressed up in outfits of 2000 years ago and rode camels…or dromedaries. Those animals there 🙂 Jerusalem at night. Learned a lot about the Wailing Wall and why this is such an important part of Jewish history. This is not actually a wall per se, but it is the edge of the platform on which the temple stood. This is merely the foundation! The actual wall was built on top of this structure but as predicted, every stone of the temple and its wall has been knocked down. Really gives you a perspective into how large the Herodian temple actually was. This ‘wall’ is how thick the floor was. Amazing! This is the mosque that’s built over the place where the Jewish temple once stood. The holy of holies stood right there. It’s sacred ground for both Muslims and Jews and most likely the source of all conflict in the Middle East. Another view of the Dome on the Rock. An orthodox Jew praying at the Wailing Wall. Men must wear a hat or have their head covered while women, who have their own  separate section, are not to wear anything on their head. 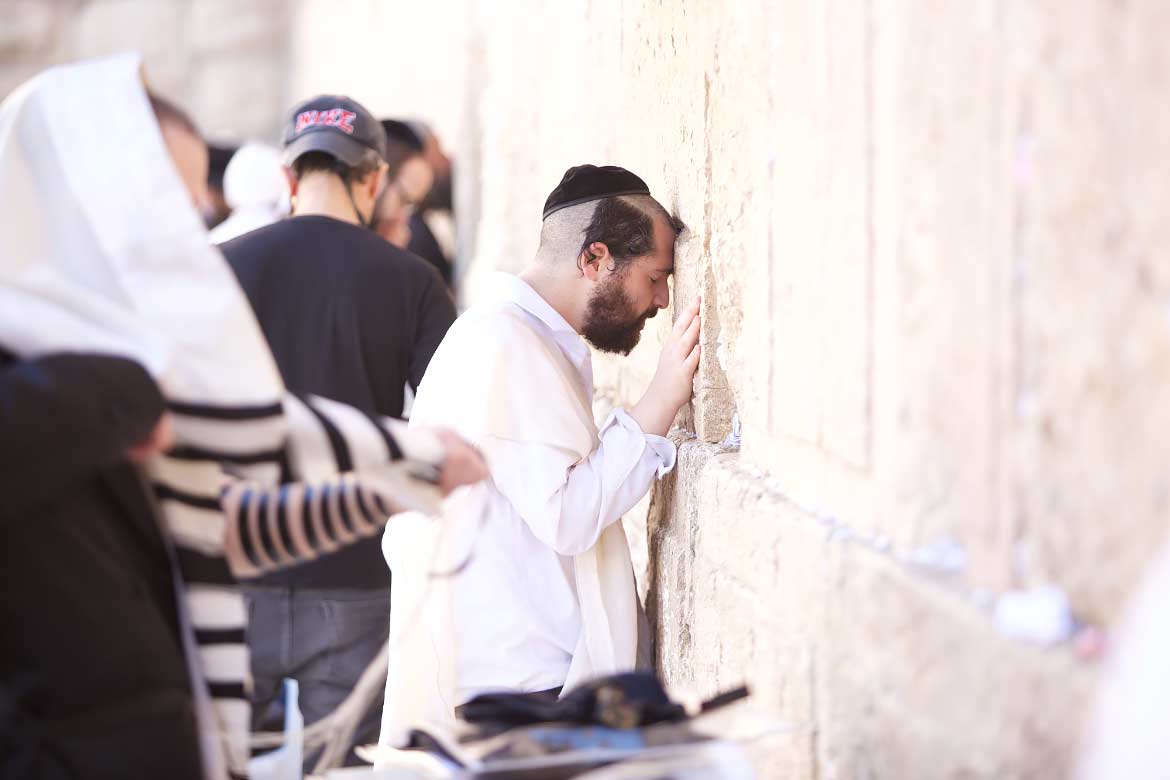 One of the gates, I don’t think it was the Damascus gate but I forget exactly which one this was. I had everything recorded on my GoPro but I lost the majority of my photos and videos due to a damaged hard drive 🙁 This is one of the sites where Jesus’ supposed tomb was. There are two traditional spots. This reminded me of Istanbul! These are alleys next to the Temple. It was almost like a labyrinth, it was awesome trying to navigate through the passageways and corridors and not get totally lost! This was King David’s tomb. In the room adjacent we saw orthodox Jews reciting and reading scriptures.

We visited the Israeli Museum and it was really great. We saw a to-scale model of ancient Jerusalem which was really quite incredible. This gave us a whole new perspective into how and where everything was thousands of years ago. This is a to-scale model of ancient Jerusalem. This showed us where the main sites where and gave us an excellent reference as to just how large the Jewish temple was and the various gates, Golgotha, the pool of Siloam, etc. Modern day Jerusalem is so different now than it was back then that it’s hard to get an idea of what it was like thousands of years ago. This model though gave us that accurate perspective. I think this was the Damascus gate. We had to be really careful because there were some stabbings going on. Palestinians had stabbed someone here and promptly got shot by Israeli soldiers. They don’t mess around here.